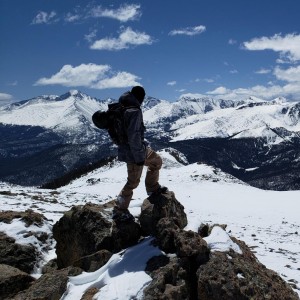 Foods To Avoid With Fibromyalgia

Every patient that we treat at the Colorado Fibromyalgia Center will have different dietary needs and goals, resulting in a unique approach that fits the individuals lifestyle. In the sections below we list and go into details about certain foods that fibromyalgia patients may need to avoid. Just because something is mentioned, does mean that it is a food sensitivity for you, or something that will be changed in your diet.

Although there is not such thing as a one size fits all “fibromyalgia diet”, following these guidelines have shows to reduce pain symptoms in individuals with fibromyalgia.

While dairy products can be helpful for certain conditions, they may be harmful for others such as symptoms of fibromyalgia. This harmful effect includes symptoms such as bloating, abdominal pain. diarrhea, and increased mucus production. Another negative effect of dairy is the bodies release of prostaglandin E2, which can cause inflammation.

Many patients really enjoy dairy, and when this is the case we recommend eating organic plain yogurt and smaller amounts of dry cheese .

Eliminating refined sugar from your diet will be the biggest challenge. Research studies show that refined sugar can be highly addictive. With most of our fibromyalgia patients, after the first ~2 weeks of giving up sugar, it becomes a lot easier and has tremendous health benefits.

*Artificial sugars are tempting, but have a strong negative effect on the body, which is covered in more detail here.

Even though a person may not be “gluten intolerant”, which would be described as Celiac Disease, eliminating or reducing gluten from someones diet can produce noticeable results in decreasing stress related symptoms. Gluten is most commonly found in products such as gliadin, which is a class of proteins that is present in wheat and other cereals within the grass genus Triticum. Gliadins, and glutenins are the main components of the “gluten” part of a wheat seed, which gives bread its ability to rise correctly when baking.

The gliaden enzyme has been observed to stimulate an autoimmune reaction in a high percentage of people. This reaction causes decreased absorption of nutrients, weakened immune system, and digestive problems. Gluten is often found in wheat foods such as pasta and bread, but it is also used as an additive in other foods.

This type of fat should be avoided entirely. Although major health organizations around the world are working to eliminate trans fat presence in foods entirely, they are still in many food products. A trans fat is created through the process of heating fats (hydrogenating), which in turn gives them a longer shelf life.

Many food products that are considered to be “healthy” can actually have detrimental effects on health. Research studies have shown evidence that links symptoms such as: Irritable Bowel Syndrome, Attention Deficit Disorder/Attention Deficit Hyperactivity Disorder, seizures, headaches, brain tumors, Lou Gehrig’s Disease, and others to artificial sweeteners.

Artificial sweeteners can be difficult to detect, as they are hidden in many everyday foods.

The most common artificial sweeteners that ALWAYS contain MSG include:

The most common artificial sweeteners that FREQUENTLY contain MSG:

Artificial sweeteners are also hidden under many other names. People with fibromyalgia should also avoid any food products that contain these in the ingredients:

Pre prepared meals are convenient due to how quickly they can be prepared, but sadly most provide little to no nutrients. On top of little nutritional value, they are often packed with harmful sodium and preservatives.

If pre-packaged meals are a part of your diet, seek out quality brands such as Amy’s and Kashi.

If your food buying and financial situation allow, buying organic and less processed foods is the best approach for improving quality of life from a nutrition perspective. Pesticides used in non-organic foods can be harmful to your fibromyalgia symptoms, especially if your body is already hypersensitive. If cost is a major factor when it comes to food buying, we usually recommend that patients consider taking a look at the quality of meats and animal products that they consume. Fatty meats have been known to carry an accumulation of pesticides which then build up on your bodies fat tissues.

The order of priority for integrating organic products into your diet is:

Although eating organic may be a good step to reducing fibromyalgia pain, it is not always necessary to eat full organic, as some foods are significantly lower in pesticides than others.

According to USDA data, these are the foods with the least pesticides in 2021:

On the other hand, the foods with the highest amount of pesticides in 2021 are:

Fiber and protein are a crucial part of a healthy diet, as they are excellent sources of sustained energy. This is because they empty from the stomach very slowly, and the slower nutrients are absorbed from the stomach, the longer the energy will last and less hungry you will feel. This can be an essential part of your toolkit when it comes to reducing fatigue symptoms. Soluble fiber may also help lower your cholesterol levels.

Are You An Emotional Eater?

Emotional eating is something that we come across a lot with chronic pain patients. For many chronic pain patients, their diet is something that they can control which in turn changes the way that they feel, even if it’s just temporarily. Not everybody is an emotional eater but is it’s pretty common to see especially in people with chronic pain such as fibromyalgia, due to the overwhelming number of things in the individuals life that are often times not in their control.

This creates a “touchy” subject, because as providers the last thing we want is to be the person that is trying to take that freedom away from them. Our approach to healthy eating at Colorado Fibromyalgia Center revolves around empowerment.

This empowerment  involves taking a look at all factors around an individual’s current eating habits and working as a team to come up with tweaks and changes that are doable and that they can get excited about.

Ready To Take Control Of Your Diet?

At the Colorado Fibromyalgia Center, nutritional guidance is part of our treatment plan designed to reduce fibromyalgia symptoms in our patients. All nutritional plans are goal based, whether you are looking to increase energy, lose weight, reduce inflammation, or reduce fatigue – we are here to help you come up with a plan to reach your goals.

If you are ready to take control of your fibromyalgia symptoms and improve your diet in the process, please do not hesitate to request our Welcome Packet for more information, or give us a call at (303) 665-8444.

Sign up to our newsletter and stay up to date.